The business model of Internet 2.0 was free products, paid for by capturing user behaviour and personal data, often in ways users did not expect. Streamr's addition to the Web 3 model allows for the creation of Data Unions — ad hoc collectives of users pooling their data to in order to increase its value and then selling subscriptions to it via a decentralized marketplace.

A team from Turkey has built the first of these, a browser extension called Swash, that was first introduced at Mozfest in London in late 2019. Swash allows users to capture their browsing data, gives them tools to hide anything sensitive, and then send it in real-time to Streamr's data Marketplace, to a special Data Union, where buyers can purchase the aggregated data.

Behind the scenes, the Streamr stack works with the xDai sidechain to enable potentially hundreds of thousands of data providers to withdraw payments for their data from the single Ethereum smart contract that powers each Data Union. This was a world first, the first digital data union ever created.

Swash was the first iteration of Streamr's new Data Unions feature (which will be released as part the Core app & Data Marketplace in early 2020) and the Swash team worked closely with Streamr to find and solve problems early.

In the first month since release, before the actual Data Unions feature has shipped, and with zero advertising, Swash has attracted around 1000 users organically, indicating that there is real demand for products that use Streamr's tech stack to build unique ways to reward users for their data.

An easy to use pub/sub network, a brilliant marketplace feature named Community Products, world-class UI/UX, and a transparent and highly skilled team.

Under the Swash model, users install a browser extension for their chosen browser — Chrome, Firefox, Brave and Edge so far. Setup involves deciding which sites to never record data for, and how much data you're comfortable with sharing. Then turn Swash on and browse as normal. The data is streamed to a Data Union where it is available for purchase. Revenue is distributed equally and members can choose when to withdraw funds to their own wallets. As a Data Union Admin, Swash takes a small percentage of all sales.

If you would like to monetise your user data fairly, or have a great idea for a Data Union-powered app but you need some help, please get in touch, we'd love to hear from you. 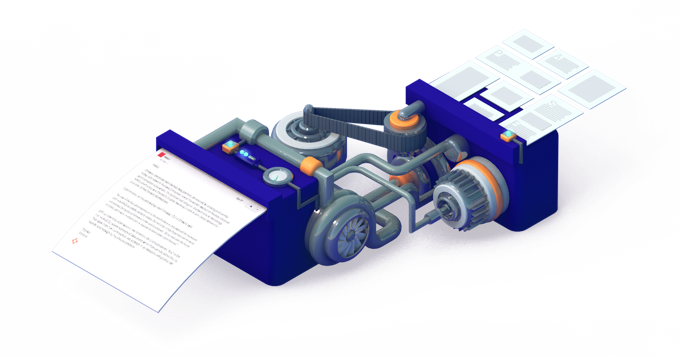 Your subscription has been confirmed. You've been added to our list, and the next Packet Switch newsletter will be on its way to you soon.